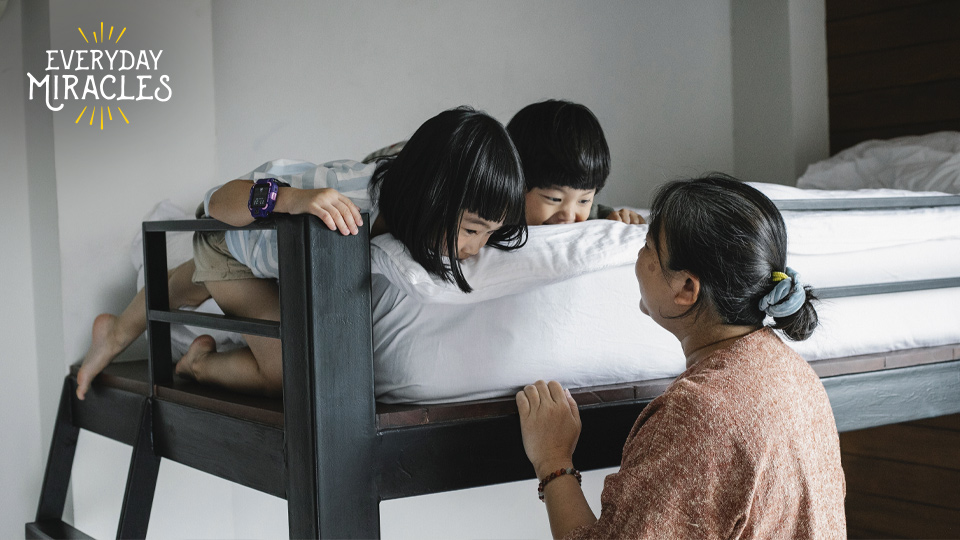 Photo by Alex Green from Pexels
My name is Rose. And the most important thing I want for my family is faith. My children grew up in the Catholic faith, going to Church, and even attending youth group meetings, but in their teenage years they each walked away from the faith. It was a very difficult thing for me to witness and caused me deep pain. But I resolved to love them where they were. Decades have passed, and those children now have their own children. In my heart, my deepest wish was to see my grandchildren baptized, but for the longest time, all four of my grandchildren were unbaptized. I belong to a small prayer group of women. And when we pray almost daily, we always pray the Sacred Heart prayer for our children, grandchildren, and those to come. Still, since my grandchildren had not been taught about the faith at home, I was surprised when their parents enrolled them in a Catholic school. Soon, it became time for my grandson’s class to make their first reconciliation and communion. When his parents realized my grandson couldn’t participate in the sacraments with his fellow classmates, they arranged for him and his younger sister to be baptized. It seemed like a miracle to me! And now my other daughter is also planning to get her young son baptized! After that, there will be only one unbaptized grandchild left. He is now a young man, and I continue to pray for him as I have for the others. Prayer is so powerful. Always know that God answers prayer. We have to persist in prayer like St. Monica. She prayed for her unbelieving son, Augustine, and in the end he became a saint! Rose E. is a grandmother who lives in Mississauga, Ontario. She loves crocheting freehand, singing, doing puzzles, and playing card games.