A Catholic Response to the Paris Attacks: Peace as a Work of Penance 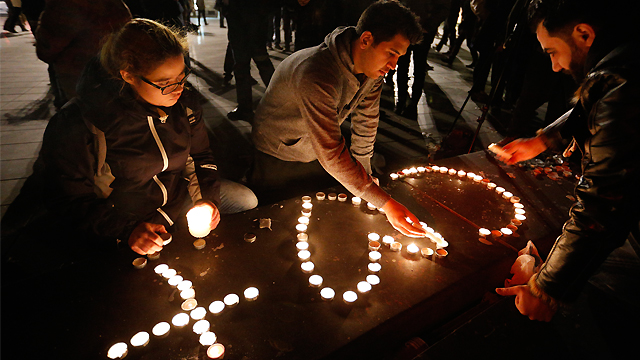 As I begin writing this, one week has passed since the series of terrorist attacks in Paris on November 13. I currently live about 6 km from the scene of the worst of the bloodshed of November 13: the Bataclan concert hall where 89 of the 129 deaths occurred.
At about 10:15 that evening, I was finishing work for the day on an assignment when a notification from the CBC application on my cell phone flashed briefly: “Hostage-taking in Paris…” Heavily focused on my assignment, I didn’t read the rest of the notification or open the application. I hardly felt in danger from a hostage-taking that could have been happening anywhere here in one of the world’s largest cities. I would read the CBC article later, I told myself.
Not much later, I received an urgent message over social media from my friend and former colleague, Salt and Light TV Producer Alicia Ambrosio: “Are you ok”? I immediately received another message from a fellow Basilian reminding me to post a message on Facebook that I was safe. Until 3:00 am on Saturday, November 14, I was sending and replying to messages from family, friends, and Basilians to assure them of my safety.
This is not the first time I’ve been living in France when a large-scale terrorist attack has taken place, with reverberations around the world. I was a 20 year old, third year biology student on exchange from the University of Alberta when I arrived in Lille on September 11, 2001. Exhausted and trying to stay awake to adjust to the time zone, I decided to watch TV. In the student residence’s crowded little TV room, the first images I saw on French television were of airplanes piercing through one World Trade Center tower and then the other.
For days afterward, I exchanged e-mail messages with worried family and friends. Many messages I received and sent concerned the state of the post-9/11 world: Was there a peaceful way to respond to the attacks on New York? What are the ethical foundations for “just” war, and would they be met if the U.S., Canada, and European countries were to go to war against countries said to support these terrorists? What were the implications of all this for peaceful Muslims, some of whom lived in the same residence I did? Would they be feared by much of the world after 9/11? And so on…
Our world faces many of the same questions today after attacks on Paris and in Nigeria, Turkey, Kenya, and Beirut, Lebanon, as we did after September 11, 2001. I cannot help but think of the powerfully disturbing final conversation of the 1986 Roland Joffé film, “The Mission,” between the Catholic Church’s representative on site, Cardinal Altamirano, and the Portuguese Governor Dom Hontar. The Treaty of Madrid has split control of land belonging to the Guaraní natives between the Spanish and the Portuguese. The Jesuit Guaraní mission has been ordered disbanded, the Guaraní dispersed. Guaraní and Jesuit resistance has resulted in the decimation of the Guaraní under Spanish gunfire. Hontar says to Cardinal Altamirano, the viewer unsure whether he is trying to excuse his complicity in the Guaraní massacre or is truly troubled in conscience, “We must work in the world, your eminence. The world is thus.”
Cardinal Altamirano, either to correct Hontar, to assuage his own guilt, or both, replies: “No, Señor Hontar. Thus we have made the world… Thus I have made it.”
Thus we have made the world. After the terrorist attacks of September 11, 2001, after the Paris attacks of November 13, 2015, after every act of terrorism, violence, and war in between, and with every attempt at peace, the questions remain: What kind of world have we made? What kind of future world are we making?
I will not pretend to disentangle the complexities of current Middle East conflicts and politics. There are countless questions we can ask about how we have arrived at the present global situation, some calling into question events, decision and political moves, some of which happened decades or even centuries ago.
But The Mission’s Dom Hontar is right in one thing, in spite of himself: “We must work in the world.” In spite of ourselves and our nations’ leaders perhaps we, too, have a responsibility to work in our world as it is. In particular as Catholic Christians we have a responsibility to hear again the words of Pope Paul VI at the United Nations in October 1965 and to apply them to our time: “Jamais plus la guerre! Never again war”! Never more abject poverty! Never again racism and xenophobia! Never again any kind of violence, whether in the home, verbally in the media (including social media), in politics, or within or between nations!
Ours is the Biblical call to defend especially the dignity of “the orphan, the widow, and the resident alien,” the migrant and the refugee. This does not mean to restrict acceptance of refugees unduly. Nor do I advocate stretching our countries beyond economic capabilities by setting hard and fast limits on the number of refugees, from Syria and everywhere, whom we are prepared to accept. It means adequate screening of refugee applicants coupled with a posture of openness and basic justice amid this unprecedented world crisis. The logistics of this will be different from country to country, but we must, socially and individually, work to this end, the common good and, with it, true peace.
To work toward the common good on such a worldwide scale in this time of crisis will entail deep examination of our social and national as well as individual consciences, not wallowing in guilt but moving from our sorrow at the state of our world and at the toll of human lives lost to each doing our small part, with God’s grace, to improve it. To work toward peace now is necessarily a work of penance.
Thus we have made the world, and thus we must continue to make it.
Fr. Warren Schmidt, CSB
--
CNS photo/Paul Haring 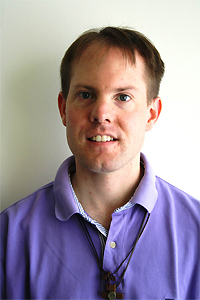 Fr. Warren Schmidt is a Basilian priest who currently resides in Paris. He is working on completing his doctorate in Sacramental Theology at the l’Institut Catholique de Paris.