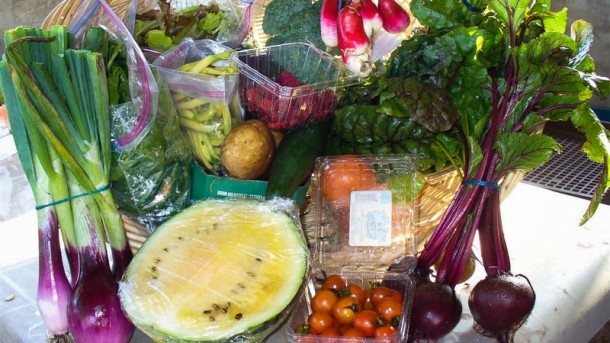 A few months ago a group of us at Salt and Light signed up for Community Supported Agriculture program with Willo Wind Farms, you can read more about that here. And now that the Fall is upon us and we’re nearing the end of the season here’s what I took away: Everything tasted way, way better  I know it may seem weird to say, but you are just going to have to take my word for it, homegrown just tastes better. I got more variety than I expected. I knew that going local meant I wouldn’t get bananas. But what I didn’t consider is that I’d also be introduced to a huge variety of food that I’d never even heard of! Half of the time, I had to google what to do with them. Ok, so weren’t any bananas in the mix, but I did discover Daikon radishes and Kohlrabi and a wide variety of cabbages, and carrots. All of which I really liked. I saved time and money. Initially, I cried and my husband complained a little at the thought of laying out all this money at the beginning of a season, but as the weeks passed, I noticed that I hardly went to the grocery store and most of the time I just made do with what I already had at home; proving what many a frugal person already knows - going to the store regularly only means more temptation to buy stuff you don’t need. 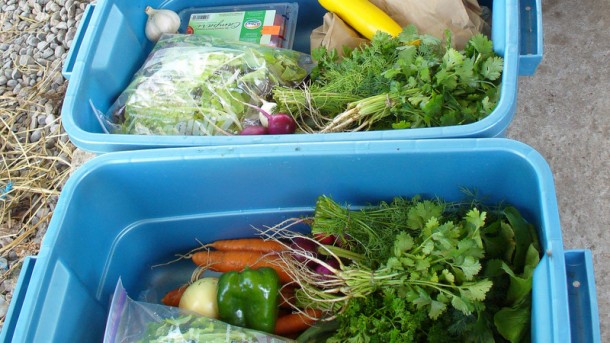 I got creative, I made my first rhubarb crumble (I never grew up eating rhubarb so it was totally foreign to me) and rediscovered old classics like cabbage soup - and I also just made stuff up, tried out new combos because fresh food is delicious no matter what you do. The food brought us together - the weekly deliveries inspired the group of us to swap recipes, share food and there was always the anticipation of ‘what we’d get in our box this week!’ I wasted less. We got one box a week, and because I couldn’t bear to see any of this food go to waste (I travel a lot and sometimes things would die a slow death in the fridge) I was motivated to make soups and stuff. And perhaps most of all, there was the fact that I just felt good, really good, every time I’d walk into the kitchen and saw those farm fresh veggies. I felt I was doing something good. I liked knowing that no children, animals or the environment had been harmed in the growing and harvesting of this food.   And that’s why signing up for the CSA was the best decision I made this summer. Photo credit Willo Wind Farms