Solemn Mass for the 375th anniversary of the founding of Montreal 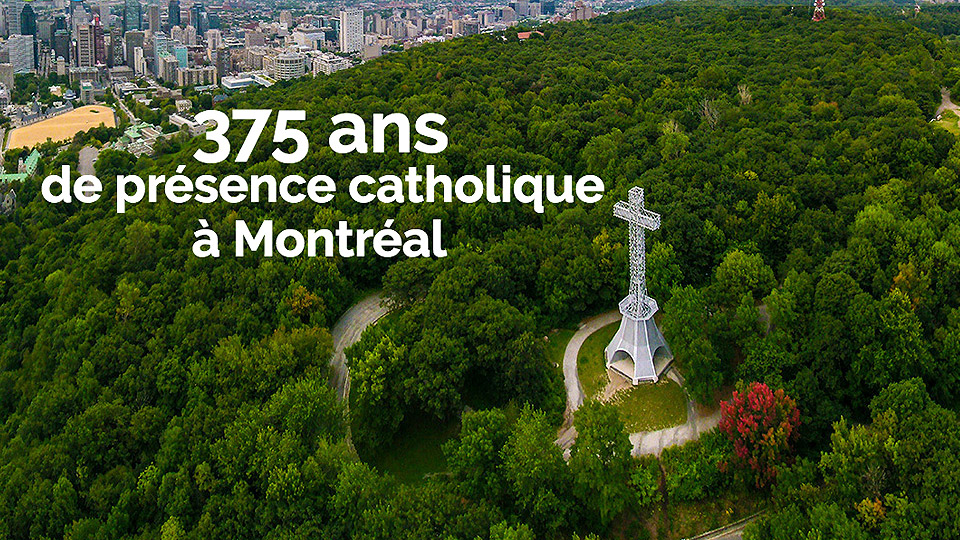 To highlight and celebrate the 375th anniversary of the founding of Montreal, the Most Reverend Christian Lépine, Archbishop of Montreal, will preside at a Eucharistic celebration in Notre-Dame Basilica, 17 May 2017 at 9:00 a.m., in the presence of a number of Bishops from Quebec and other parts of Canada, among whom will be the Most Reverend Douglas Crosby, O.M.I., Bishop of Hamilton and President of the Canadian Conference of Catholic Bishops (CCCB).

A number of other dignitaries will also be present, including the Prime Minister of Canada, the Right Honorable Justin Trudeau, and the Premier of Quebec, the Honorable Philippe Couillard, together with His Worship Mr. Denis Coderre, Mayor of Montreal. The celebration will be broadcast live by RDI/Radio-Canada (CBC News World). Fifteen minutes before the Mass, at 8:45 a.m., the oldest bell of Saint Joseph Oratory will begin a peal of bell ringing from all Montreal's churches, signaling the celebration of the founding of Ville-Marie on 17 May, 375 years ago. Every year since 1917, a Mass commemorating the founding of Montreal is celebrated at Notre-Dame Basilica, normally followed by a civic and military ceremony by the Régiment de Maisonneuve at Place d'Armes. This is not the case this year as the Regiment is on a mission to help people affected by the floods. The Régiment de Maisonneuve is a primary reserve infantry regiment of the Canadian Armed Forces, dating back to 1880. This traditional ceremony began with the city's 275th anniversary at the instigation of a well-known Quebec notary, writer and politician, Mr. Victor Morin, at that time President of the Société Saint-Jean-Baptiste de Montréal and of the Société historique de Montréal and later President of the Royal Society of Canada. On 8 December 2016, Archbishop Lépine issued a pastoral letter for the 375th anniversary. Entitled "In the Name of Jesus", it highlights "the spiritual dimension of our city's origins and its history". The letter is available in English and in French, as well as in Italian, Spanish, Portuguese, Vietnamese, Polish, and Creole.