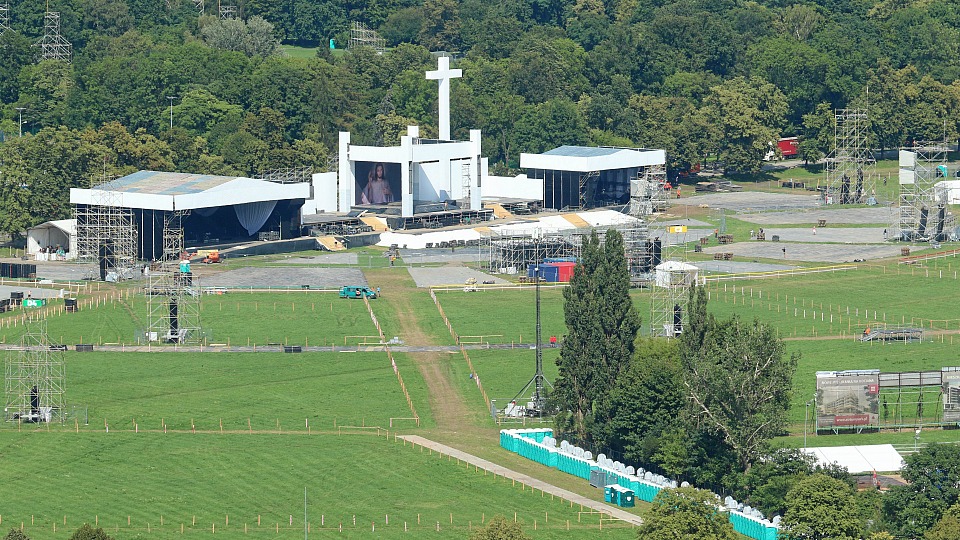 (CNS photo/Stanislaw Rozpedzik, EPA)
Looking back, 2016 was a year of changes. I started it as a Freelance camera operator, filming a lifestyle television show for Accessible Media. We were out in the cold day after day and I did not quite know what the next month would bring. As I became more involved with Salt and Light, I was given the opportunity to travel to Poland for World Youth Day. It was an incredible feeling to walk the familiar childhood streets and to visit some family on the way, including my grandmother. Being in her late 80's, she does not get out often anymore. I had a chance to take her out to dinner to the old town in Warsaw. After our tea and dessert, I lead her for a short walk to the Warsaw Uprising Memorial. She has lived through the uprising, witnessing her colleagues and friends disappear. This was all of Warsaw's youth, its future, standing up to the Nazis and perishing slowly. It was August 1st 1944 and now every year on the same day at 4pm the whole city stops to commemorate the beginning of the Uprising – the “W” hour as it was code named. I stood with her in the middle of the square, watching the tears in her eyes, surrounded by a spontaneous crowd of thousands and the sound of sirens and alarms. At first, she did not know I planned this “accidental” walk. But she later squeezed my hand and thanked me for letting her experience this incredible event and to bring back the memories of her youth. But another single day stands out from the whole trip, perhaps even from the whole year – The Way of the Cross at World Youth Day. (You can watch it on youtube!) It was a sunny afternoon in Krakow's Blonia Park and we were just on the outskirts, getting ready for our live report back to Canada. We had an opportunity to take it all in. As it began, the choirs and the live music set the mood. The choreography only added to the experience. How is it possible to experience solitude in the crowd of thousands? Even though we witnessed it all together, spiritually we all have seemed to witness it alone. It was surprisingly quiet and still. Pope Francis was pensive and perhaps as immersed in reflection as we were. I remember Mary being raised up in a towering dress of white and blue, all the way to a white canvas, where Jesus appeared in his crown of thorns. 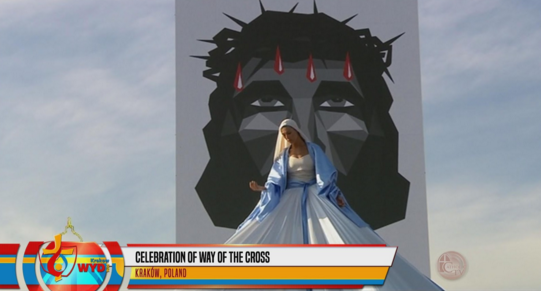 I also remember the sadness of Mary as she witnesses her son crucified on the cross. This perhaps greatest of tragedies that a human can experience, to make us understand and to emphasize the greatest sacrifice that Jesus makes. Something out of this world translated for us, into human experience, into the deep sadness we feel. 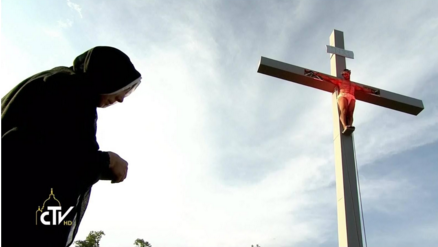 Father Thomas Rosica and producer Sebastian Gomes were quite shaken up before their live report at the conclusion and I knew I was not alone.  The World Youth Day experience also helped me to have the amazing opportunity to work for Salt and Light Television full time as a Cinematographer. I am still getting to know the amazing and talented group of people that work here, but I already feel a part of the family.  I am very excited to work alongside Dave LeRoss to bring more memorable events to the television screen in 2017! Hopefully, I will see you “in the field”. Peter Turek